As I advanced in my last post I have been working on a pair of mittens to have a full set of new "winter accessories".

I haven't knitted to many mittens since I began knitting at the end of 2008. I have made only three pairs plus a pair of wristwarmers (that I made to learn how to make a gusset for the thumb).


So going back a little bit on time, my mittens history would look like this:
My first finished project almost three years ago was actually a pair of mittens!
I made them with Álafoss lopi on 6mm needles. I made the design... well, if this can be called a design. It is just a few stripes :)

Then I made the wrist warmers as an exercise to learn how to make a gusset. I used pretty much the same stripe idea that I used on my first mittens.

I made these ones with létt lopi on 4mm needles.


The gusset was no problem, it was much easier that I thought and the result was quite OK :)

The third pair I made was a Christmas present for my dear friend Kristina who really likes to take pictures. To make this ones I followed the pattern that Bea Aarebrot shares for free in her blog and added the colorwork to it.


And the third pair: I used stripes, many colors and made them with a thumb gusset. The idea was to make the mittens different from each other by using different colors and different stripes pattern. Details:
* Pattern: Houndstooth Check Mittens by Sarah H. Arnold.
* Yarn: Létt lopi. One skein of each color.
* Needles: 3.5mm for the ribbing and 4.5mm for the rest. Notes:
* The pattern is very well written and the charts are easy to follow.
* I made some changes to the pattern because I used a yarn that is bulkier than the one than the pattern calls for.
* Casted on 36 stitches (instead of 40) for the ribbing and then increased 8 stitches evenly to knit the body of the mitten.So, I worked with 42 stitches (instead of 50 as the pattern calls for).
* I didn't knit the thumb gusset all the way to row 26, instead I made it shorter. I knitted it to row 21 and then put the 18 stitches in a scrap or yarn.
* I began the decreases earlier that the pattern calls for because of the yarn I used.
* I LOVED knitting these mittens. It was absolutely FUN. I am actually thinking about making another pair but this time using white as a contrasting color, instead of very light brown (oatmeal?).
* I have always liked this kind of patterned fabric but I had NO IDEA it was called Houndstooth! It looks so classy and elegant!
* Lopi works amazingly well for mittens. It is sturdy, somehow "all-terrain", durable and warm.
* I strongly recommend this pattern. The result is very nice and SUPER warn since it is knitted using two strands of yarn all the way! Remember the KAL with Kristín Hrund, Gummi, Jóhanna and me?
We met Kristín a couple of weeks ago to take the pictures. Unfortunately the light was not very good. It was very cloudy and pretty late as well.
Here they are: 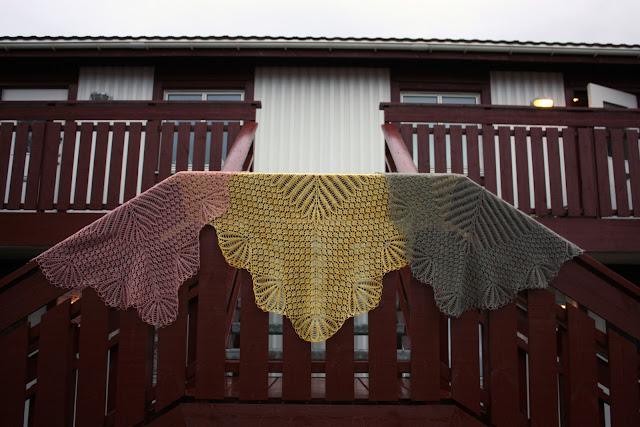 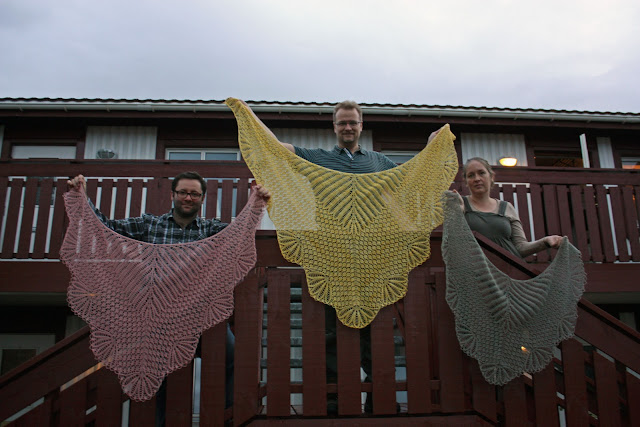 Posted by RodPrjónar at 8:26 PM